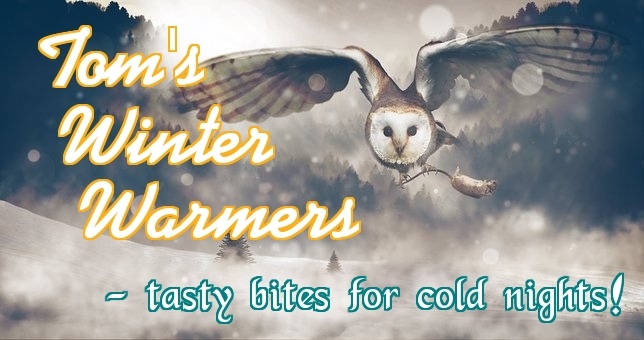 A PINCH OF SALT
by Joseph Tom Riach

is the 2nd of my 2021 series of   Winter Warmers. The musings are a blend of my real life experiences, professional insights, personal views and fun stories. My hope is that in them you find joy and inspiration.

The Scottish tradition of porridge making and eating is awash with folklore, myth and ritual. Custom dictates that the oats and water mix (never milk) must be stirred right-handed and clockwise with a wooden spurtle while cooking. The porridge should then be eaten with a deer horn spoon from a birchwood bowl, while standing, not seated. Critically, a pinch of salt is added. This last point is quintessentially Scottish. In most other cultures some sweetener, sugar or honey, is added – but that is absolutely taboo to Scots. It is in fact easy to identify real Scots in breakfast bars or other public eateries by the fact that they are the ones vociferously insistent on having a pinch of salt in their porridge!

A common misconception is that the term 'taken with a pinch of salt' - in reference to expressing a degree of sceptisism with regard to something stated - derives from the Scots' love of salt in their porridge and to their notoriously canny nature. But not so. The term 'taking it with a pinch of salt' when having reservations about a fact or statement being completely true derives from Roman times when a grain of salt was considered to be an antidote to certain poisons. The more general corollary being that food is more easily ingested if taken with a small amount of salt – and likewise questionable truths!

Whatever the origins of the colloquial expression, there is little doubt that (Scottish porridge eater or otherwise) it's an important idiom to remember in today's era of fake news, biased media, censored internet and untrustworthy politicians. As regards all of these entities it might well be wise to apply a bucket load of salt to their outpourings rather than just a pinch! And this is even more relevant to those of you who are entrepreneurs, business owners or self-employed.

The success of your business is, after all, dependent on sound intelligence on which to base decisions. You cannot properly plan your strategies if working according to flawed facts and figures. So you must be sure to use reliable sources of information; ones which, as with the Scottish porridge making tradition, have a well established pedigree. You need a system for doing this. Fortunately it's quite easy. Here's how :

Compare recipes - Refer to as many different ways of 'making porridge' as you can find. Immediately discard those which are clearly unsuitable to your taste. Prepare the others and find which ones are easist to cook and which are most agreeable to your palate. With a little trial and error you will establish a reliable favourite, a recipe to successfully produce the finest porridge every time. Apply the same principle with information sources – sift through them, compare and taste. Do not depend on just one source and never until it is proven. And weigh up views from reliabe sources on all sides of the spectrum.

Stick to what you know - Once you have that successful recipe, stick to it. It takes time and practice to find just the right ingredients, method of preparation and a flavour that appeals – a porridge which you 'know, like and trust'. Information sources and business associates are the same. Take time to establish your sources and relationships. Weed out those which are disagreeable and then work only with those who have proven their long term reliability.

Trust your gut - If the porridge makes you vomit, don't use that recipe again! But, even before you reach such a critical stage, you should note if the porridge recipe you are using feels right. Is the look and smell of the preparation dubious? Is there anything at all in fact with which you are not at ease? If in any doubt at all discard it. Your gut, as in your stomach, knows best – hence the term 'gut instinct'. This 'sixth sense' regarding people and events in our lives resides in all of us but not everyone heeds its guidance. But those who listen to and 'follow their gut' in all sorts of life and business situations are most often well rewarded. So go with your 'gut feeling' more often. It exists for a reason, trust what it tells you - no pinch of salt required!

Claim your special copy of my top selling mystery novel - 'Too Early For A Glass Of Wine?' - by clicking on the image below.

A PINCH OF SALT  is an original copyright Tom Riach feature.
I hope you enjoyed this Winter Warmer and found it to be of value.
To learn more please visit me on my Author Page.
See you there! Regards, Tom.

First Previous of 2 Next
This reply was deleted.