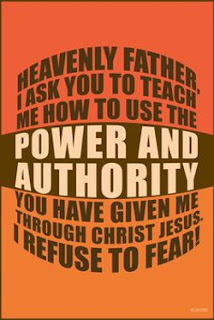 WHAT IS “EXOUSIA”?
“Exousia”, as used in the Bible, is a Greek word most often translated as “authority”.” It is especially used in terms of moral influence. “Exousia” can also be thought of in terms of jurisdiction or dominion over a certain realm, right, privilege, or ability.
Matthew 28:18 (NIV) says “Then Jesus came to them and said, ‘All authority in heaven and on earth has been given to me.’”
Luke 10:19 (NIV) says “I have given you authority to trample on snakes and scorpions and to overcome all the power of the enemy; nothing will harm you.”
John 1:12 (NIV) says “Yet to all who did receive him, to those who believed in his name, he gave the right to become children of God”
CONTINUE READING:  Christians: Are You Using Your “Exousia” And “Dunamis”?
Views: 49
Tags: authority, dunamis, dynamite, exousia, god, holy, power, spirit
★
★
★
★
★
Votes: 0
E-mail me when people leave their comments –
Follow