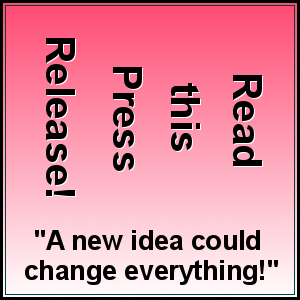 One of the main issues about working online with any success at all is finding something that's unique, offers real value and isn't like anything everyone else is doing.

Thousands of people fail at mlm daily. One reason, your potential customer can go to Kroger or Wal-Mart and buy the same or similar item cheaper; including CBD Oil.

Some may try doing mail outs to sell an opportunity but, they soon quit because the cost of postage and print material is high. You literally need to send out thousands of pieces of mail to generate any profit.

A few try doing meetings and soon realize the only reason anyone showed up is because they're your friend and they want you to succeed but; not well enough to join your business. They just felt obligated to attend.

People do want and need extra income in today's economy but, few have enough saved to start and run any business properly. Sad but true. And most are already carrying a lot of debt themselves.

In my 20+ years of being self-employed, I've met only two totally successful mlm entrepreneurs. These two are making millions but...that's just two out of the thousands of people that have tried mlm.

For one of them, it took 12 months before he made his first sale! I wouldn't have stayed around that long... would you?

Aside from the lack of money being an issue, you have to contend with the millions of others trying to sell the same or similar items. It's just way too much competition. And...as mentioned, you're also competing with Wal-Mart, Target, Walgreen's, CVS, etc...

And, here's the biggest problem of all...Selling!

People hate to try and sell plus, most don't know what to say. And, the person they're trying to sell to doesn't want to be sold.

Nothing happens in business until somebody sells something but, people hate to sell or be sold to.

No wonder so many fail.

We all join because hype and advertising say we should. And... we’re told we'll be making a lot of money. And we continue to do this because we can't give up.

We all have that dream of finally, miraculously making it big! Hope isn't dead but, the mlm business model is antiquated.

A vicious circle for sure. Not a win-win but a lose-lose.

If interested, we have a solution to all this on our Personal Site at: https://donaldgaw.com

P.S. - Our business does not require any personal selling and offers more help to more people than anything I've seen anywhere else in business. If you'd like to learn more visit https://donaldgaw.com anytime!