Other than the 'jaunty chapeau in his photo, it would be safe to say that Bob Crawford wears many hats...and they are of many styles. Bob's talent has been far-reaching; encompassing Rock, Jazz, Pop, R&B, Folk, Alternative and New Country--and many variances in between. And under all those hats resides the man himself...Musician, Producer, Author, Consultant, Guitarist, Arranger, Stage Manager, Recording Engineer and Composer. He is a one-man phenomenon and even, at times, a one-man-band.

Bob was Musical Director/Guitarist/Singer for the National Company of Paul Sills'"Story Theatre", which enjoyed a year-long run on Broadway, coveting 2 Tony Awards and a nomination.

Bob also wrote "My Time Is Now" (19911 with Dennis Williams [(O’Jays, Temptations) recorded by Grammy Lifetime Achievement Award-winner and Latin Music-Salsa Hall of Fame member Larry Harlow for Cache Records (Fania). He additionally wrote "I Want To Be Loved" [2006) recorded by R&B Hall of Fame member and Tony Award winner Maxine Brown. He has worked as a Session Guitarist, Vocalist. Writer, Producer, and Arranger, for artists ranging from Phoebe Snow to McFadden & Whitehead for 30 years.

Note to self: It has just occurred to me what a slacker I am.

Bob Crawford's many accomplishments and the roster of notable names he has worked with goes on and on.

In all seriousness, this man means BUSINESS...the music business, that is. 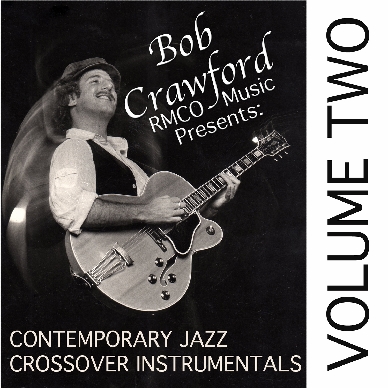