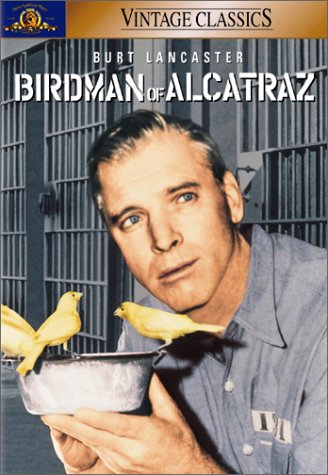 I just watched the movie "The Birdman of Alcatraz" on TCM.  I had never seen it before.  Burt Lancaster played Robert Stroud, and it was released in 1962.

The commentary after the movie told us that the real Robert Stroud was not as nice as the character in the movie.
from the trivia page of TCM:
Even so, the movie was so interesting.  Of course it stirred my interest is the history of his story.  He was brilliant.
Read the entire post athttp://www.ibosocial.com/sallykwitt/pressrelease.aspx?prid=414368
Thank you!
Views: 43
Tags: alcatraz, birdman, bruce, robert, sally, stroud, witt, ads, and, at
★
★
★
★
★
Votes: 0
E-mail me when people leave their comments –
Follow