It's difficult to come up with this list of Top 10 Underrated Oasis Songs because there are so many!

Quite a few people out there think Wonderwall is the only good song Oasis have ever come out. This list of Top 10 Underrated Oasis Songs will show you how there are scores of records they have made that are so much better.

Now this list of Top 10 Underrated Oasis Songs is going to comprise of more than just one song from 'Be Here Now', simply because I think it is one of the most underrated albums of all-time, bar none. Fade In-Out is one of those Oasis numbers that never get too much of a mention, when it clearly should. Liam's singing is absolutely top-notch, and you've got Johnny Depp of all people on slide guitar for this one. If anything, this song is probably is tad bit too long, just like every other one on the album. But it's Oasis at their crudest, and that's what makes it absolutely brilliant.

9) Half the World Away (B-side to Whatever)

Now the reason this one makes it to my Top 10 Underrated Oasis Songs is because Noel's underrated it himself, by releasing it as a B-side. Half the World Away is one of Oasis' best ever songs. Lyrically, it's an absolute masterpiece, and the guitars on it are mesmeric even though the chord structure is extremely simple and basic. Great one to play and sing acoustically, and when Noel does it live, you're taken to another planet altogether.

Just Getting Older was released as a B-side to The Hindu Times, and it is another song which would have probably made it as a single for most other bands. As the title suggests, the song talks about growing older and submitting to it. A soothing number which is absolutely brilliant to play acoustically, even though Noel's never done it live. This one walks into my Top 10 Underrated Oasis Songs any day of the year.

7) You've Got The Heart of a Star (Heathen Chemistry):

Another B-side, this one to Liam's classic Songbird, You've Got The Heart of a Star is a song which surprisingly goes unnoticed even by people who are really into Oasis. On another day, I would have placed this higher on a Top 10 Underrated Oasis Songs, but there's no doubt about the fact that this classic is an ever-present wherever it's placed.

A tune of the highest quality, this one would make it to any Top 10 Underrated Oasis Songs list made by an Oasis elitist. It is rumoured Noel doesn’t like it one little bit, which explains why there’s no version of it apart from the one on the album. The lyrics are typical Noel, arrogant and hard-hitting to the hilt, and the song is one you would sing to the people who hate you.

5) Let’s All Make Believe (Standing on The Shoulder of Giants):

Listed on top of the ‘Top 1000 Lost Songs of All-Time’, Let’s All Make Believe is another example of Noel’s eccentricity when it comes to releasing his songs. This one came out as a B-side to Go Let it Out on Standing on the Shoulder of Giants, and there are few who would argue the fact that the album would had another star to its name had this one been released on it. An entry in the Top 10 Underrated Oasis Songs list that shouldn't probably be here, simply because it's too good to be underrated.

4) Sunday Morning Call (Standing on The Shoulder of Giants):

SOTSOG, just like Be Here Now is an album which hasn’t really been recognised as much as it should. Sunday Morning Call is the only single to make it to my Top 10 Underrated Oasis Songs, and SOTSOG’s failure to cut it commercially has got a lot to do with that. Liam describes this as his favourite song on the album, and with good reason to. Noel’s songwriting is at its absolute finest here, as he talks coming of the dark hole of his childhood whilst seeing those around him remaining there and leaving them behind.

When I first heard Force of Nature, I didn’t really think too much of it. But it somehow had a habit of playing again and again when I had my phone’s music player on shuffle. Now, I just can’t enough of it, and so it absolutely had to make to my Top 10 Underrated Oasis Songs list. It is an unbelievably addictive tune, but one which most don’t know about.

The Girl in The Dirty Sheet, along with Fade In-Out, I Hope I Think I Know and My Big Mouth from the Be Here Now album were sure shots to make this list of Top 10 Underrated Oasis Songs when I started writing. Even though the last of those has had to miss out, the other three are just too good to be excluded. Right from he eargasmic Emin-G-C7 intro to the slightly overly cheerful ending, The Girl in The Dirty Shirt is a song I could listen to all day.

Making t to the top of my Top 10 Underrated Oasis Songs is this masterclass of a tune from Dig Out Your Soul. Along with The Shock of The Lightning, Bag It Up is a song from the band’s last studio album that just goes Bang Bang Bang in your ears. Like many other songs, I have no idea what the lyrics mean, as Noel talks about walking away with monkey men and shining a light on the choir.

On another day, my Top 10 Underrated Oasis Songs list would have been completely different, looking at the number of songs which haven't made it onto this one. Just tells about the quality of the band I guess..... 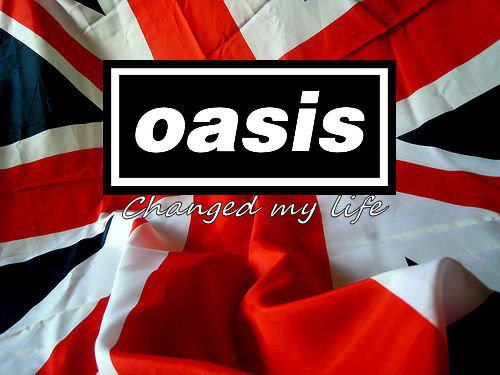 Now many of you may not agree to this list, as your Top 10 Underrated Songs may be mutually exclusive to mine. Well, you can have a blog of your own and express your thoughts. And what's more, you stand the chance to earn hundreds of thousands of dollars by doing so.

Confused? I bet you are. Take a look at the link below:

Once you're convinced that this is a genuine income earning opportunity rather than just one of those numerous scams spreading around, click below to get your own customised blog and exploit this unique project at the earliest:

To contact me, the writer of this blog, just drop me a mail at: venkatesh.hari@gmail.com