Did You Ever Wonder How Valentine’s Day Started? Although there are several theories about the origin

of Valentine's Day, the most popular one is that it all started back at the time of the Roman Empire during the reign of Claudius II, 270 A.D.

The Emperor Claudius didn't want men to marry during wartime because he believed single men made better soldiers.

Bishop Valentine went against his wishes and performed secret wedding ceremonies.  Claudius had Valentine jailed and then executed on Feb. 14th.

While in jail, he wrote a love note to the jailor's daughter, signing it, "From your Valentine."

Some interesting facts about Valentine’s Day:

And let’s not forget about Flowers 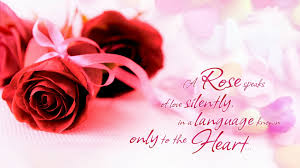 PS: You will absolutely LOVE what IBOtoolbox can do for you and your business.