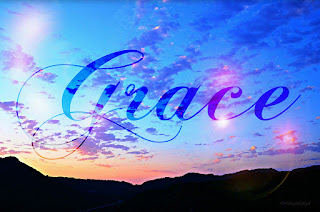 You know, I don't think anyone would argue the point our world is in chaos. We are overrun with crime, mass-shootings, drugs, hunger, homelessness, despair, depression, hate, racism, bias, and too much to even mention. Peace has turned to unrest and trust into mistrust. I my self have asked the question during the News, "What in God's name is happening to our world?"
As I pondered on this philosophical question I started seeing amazing things that were happening as well in the world. Things that are blocked out by negativity.
There was one story of two officers stopping to help an injured dog that was hit by a car. While they were showing kindness to the dog which was beyond their actual duties, another car struck their patrol car, the officers were in the right place at the right time to not be injured. This is one of those overlooked miracles we often lay off to be a stroke of luck.
Then there was the Government Shutdown that has hurt so many. Once you look past that you see all the goodness and kindness coming from everywhere to help those in need. I looked on in amazement, how people banded together and it didn't matter what color or religion they were it was just people helping other people. I saw an unusual thing like people actually talking and hugging rather than texting and sending an emoji hug. It was at this point I wondered if maybe, just maybe...
The Grace of God was in control. Does it take these disastrous messes to band us together, to be kind to one another, help one another? It could be if we would be every day to one another like we are when disasters happen, there just might not be so many disasters. Think about it.
Blessings to you and all those lives you touch,
Susan
Views: 115
Tags: crime, god, hate, news, faith, hope, kindness, philosophical, question, religion
★
★
★
★
★
Votes: 0
E-mail me when people leave their comments –
Follow